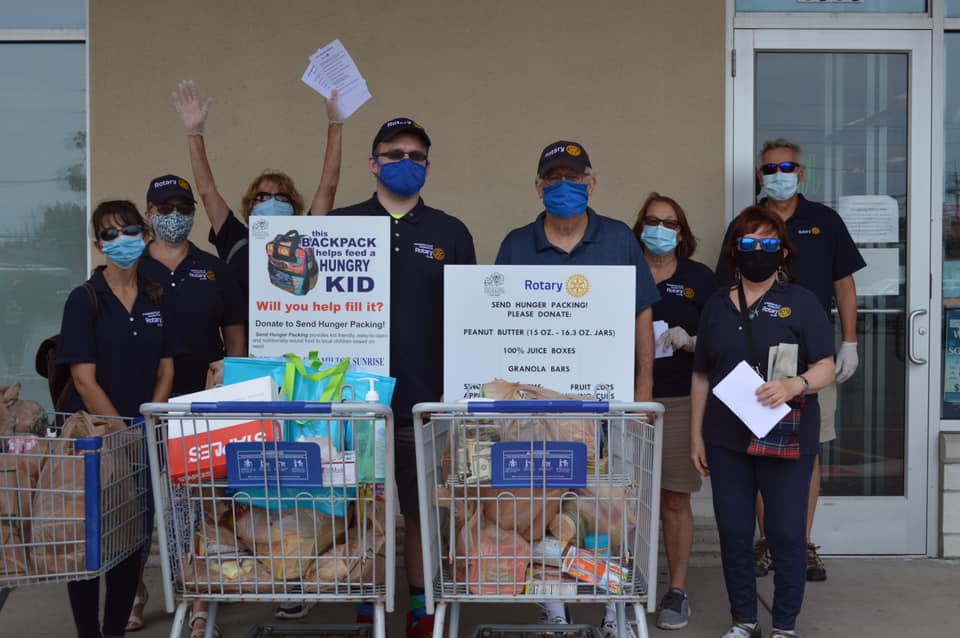 The Rotary Club of Hamilton/Washington Twps. Sunrise received a Rotary International Charter on September 25, 1992, and the Club through its foundation is established as a 501C(3) charitable organization. The name was changed to Rotary Club of Robbinsville Hamilton after the township name change.

Megan’s Place, a park in Hamilton Township in memory of 7 year old Megan Kanka who was murdered on the site by her neighbor, was built by the Club.  The club raised $150,000, including a NJ Green Acres grant, to purchase the home, demolish it and build and maintain the park.  The park was dedicated in September 1995. During the period of 1994-1999, members of the Club ran a reading program at Sharon Elementary School in Robbinsville. In 1995, Club members spearheaded a community project to build a handicap ramp at the home of a resident having difficulty getting in and out of the home in a wheelchair. That same year, Club members started an annual project to sell Philadelphia Phillies baseball game tickets, with $1,000 of the proceeds donated to the Rotary International Foundation.  The Phillies designate a “Rotary Strike-Out-Hunger” night at one of their games.  Tickets are also donated to local non-profit organizations, including the Boys and Girls Club. In 1996 and 1997, Adopt-a-Child / Save-a-Life was created to raise money in support of the City of Hope in Campinas, Brazil.  The program took children off the streets where they were in danger of being killed by their own government and taught them a trade.  Our Club received a large grant from the Rotary International Foundation to build an orphanage.

Rotary International has a youth membership program for high school students called “Interact”. Recognizing the need to have younger students included, Club members founded “Early Act”, a way for children to get involved in the community. The Club supports 6 schools in Hamilton with Early Act Clubs and two in Robbinsville, and their are dozens more such clubs world-wide. As its Rotary Centennial Project, the Club raised over $300,000 in 2004-2005 to build a barrier free baseball field for children with special needs. This Miracle League field was the first of its kind in the Northeast. The Hamilton YMCA provided the site for the field and they manage the Miracle League program here.  Another Centennial project was building a bandstand at the lake in Robbinsville Town Center. In 2015, name changes – consistent with the change of Washington Township to Robbinsville – were made so that the club is now the Rotary Club of Robbinsville Hamilton and our foundation is the Robbinsville Hamilton Rotary Foundation, Inc.